All good things must come to an end, and this is the end of the road for the vintage.dirt-burners.com website. I started this more than 10 years ago as basically a place to keep track of my own projects, but it just grew bigger and bigger. As time went by I became more and more interested in the RC off road history from the 80’s, and I have learned so much on this journey, and I have found so many new friends along the way. Thank you to all who supported and contributed to the site, and shame on those who couldn’t respect other people’s hard work and research, only to gain followers, likes and sponsors for their hollow instagram accounts.

These new «influencers» are parasites, feeding off of other people’s long nights with «blood, sweat and tears», and when I realised that lowlife scum like Travis Hill aka «RC Dad» not only stole pictures, videos and other media I had tracked down from people all around the world, reframed them and doctored out any references to my website, but actually used «cut & paste» to steal my own written articles, all this without any references to the source, presenting it as his own work, I had enough, and whatever I had left of motivation went out the window. I don’t have it in me to stand up and fight these people, as I’m getting too old and tired to fight these battles. I tried the nice way, only to get pissed on by this dick. Congratulations Travis, you have managed to take down the "nr. 1" vintage RC history website, and actually prevented the history of our hobby to be preserved for the future. I hope you are happy in your flowery rose scented pink fluffy sky instagram heaven.

This is Travis Hill (I followed his example by stealing this picture), the "feelgood providing" instagramer "RC Dad", with lots of high profile sponsorships like Team Losi, RC Speed Secrets, Jconcepts and Boom RC. Actually he used to have more, like Team Associated, Yokomo etc, but I'm happy to see that some of those don't sponsor him anymore. Thank you. 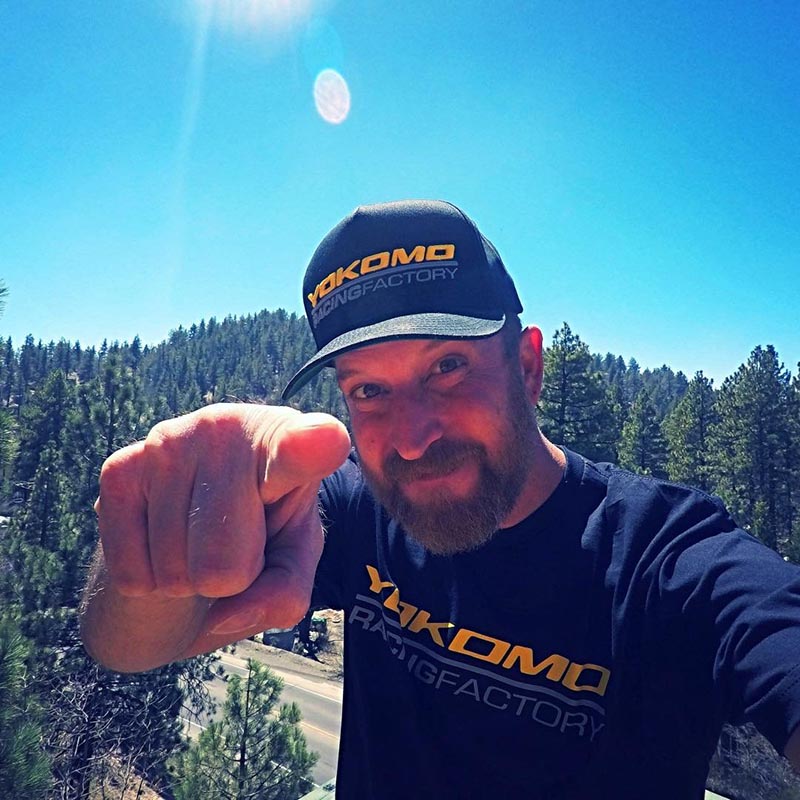 Some might say that I should just let it go, and it's not a big deal, but to put it into some perspective: I was running a small website, with a few faithful readers, and he's running a highly popular instagram account with almost 27.000 followers. When posting my articles as his own work on that account, a huge part of the RC world would buy into his scam, and think he was the author of the articles. Only the few readers of my website would realise this was in fact nothing more than simple theft. I don't know how much, but I can imagine he gets quite the revenue from those sponsorships and from having all those followers.

For more than a year I tried communicating with him, first by leaving comments on his posts, stating (in a nice way) where he had sourced the images and text from. I also PM'd him telling him it was cool he liked my work so much that he wanted to repost it, but I would really like him to state the source in his posts, and possibly linking back to the original articles. I didn't get any reply from him, but I noticed that he, for a short while, started putting #dirtburners in his tag clouds in his posts, but soon stopped even doing that. I then started posting more "annoying" comments to his posts, saying I was not happy with him stealing my work, and presenting it as his own. He only responded by saying many of the pictures and videos were not my property, and that I basically should shut up. That fact is that a lot of those pictures had been sent to me, privately by the owners, to be used on my website. Would it had been so hard for him to include "Source: vintage.dirt-burners.com"? As for the videos... No they were not mine, but I won the bid wars on yahoo or ebay, or sourced them from private collections, I paid for them and to have them shipped from all around the world, I bought expensive equipment to make the highest quality transfers possible, I took the time to digitize them, tweak them and process them to look as good as possible, I took the time to upload and make them available to everyone, and I bothered to clearly state the origins on every single one of them. He just edited out my website stamps from the videos, and presented them as his own. He conveniently avoided commenting on his theft of my written articles, that was beyond any doubt my own creative work. At the end of this page I have included screenshots of some of the text he has stolen from my website, and my readers would also notice the pictures. All references to my website were deleted or masked by him. He made quite an effort to hide the original source.

At this point he probably felt my comments on his posts could be hurting his reputation (or more possibly his ego), so he just banned me from his instagram account. That was the moment I decided to shut down my website.

I will not be doing work for him for free anymore, so there will be no more articles or posts to dirt-burners, and the site is now closed to the public. New pictures and videos I track down (that includes the full 1 hour 1985 IFMAR Del Mar Worlds video, where only half is currently available on YouTube), will be for my own enjoyment only. The magazine scan project should continue, someday, when I have decided on a new platform to share the scans, and found the motivation to do all the work involved with such a huge task. New scans will be HEAVILY watermarked and stamped, to prevent him from presenting the scans as his own. To those wondering, yes, I have bothered to go through the process of obtaining a written permission from the original publisher to scan and publish the old RC Racing News and RC News magazines. I will keep my presence on FB, but I will not be nearly as active as before, and I have scaled down the number of groups I’m in. In short, he won. Congratulations to him!

Thanks for all the support during the years,
Tom

Here are some examples of his theft of my intellectual work (text and graphics), presented as his own, even with statements like "This is for you guys", like it was something HE was giving to the community. Some may also recognise other peoples work that he has stolen. What an arse. 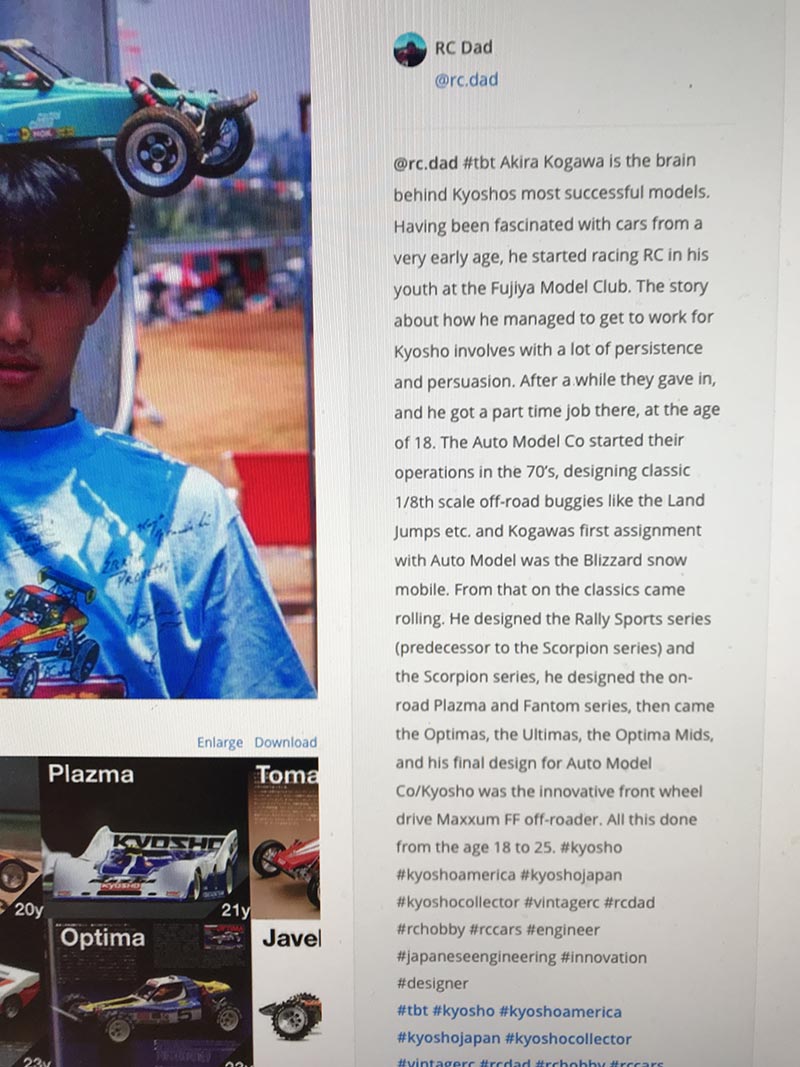 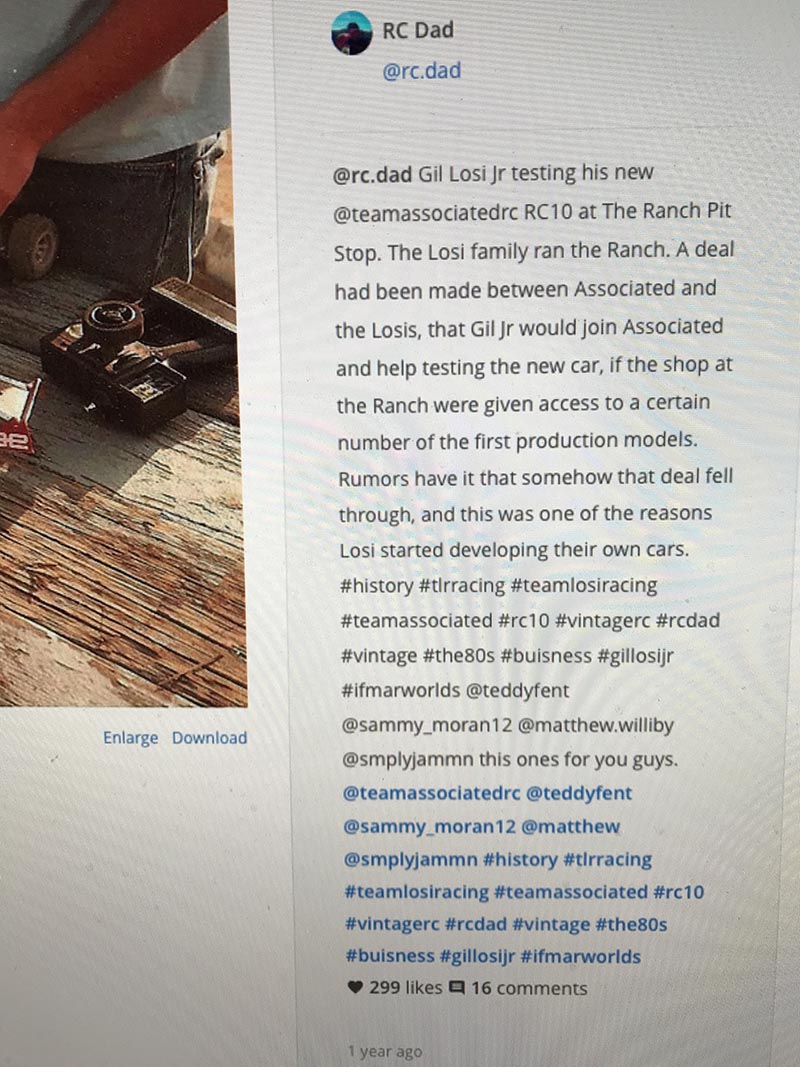 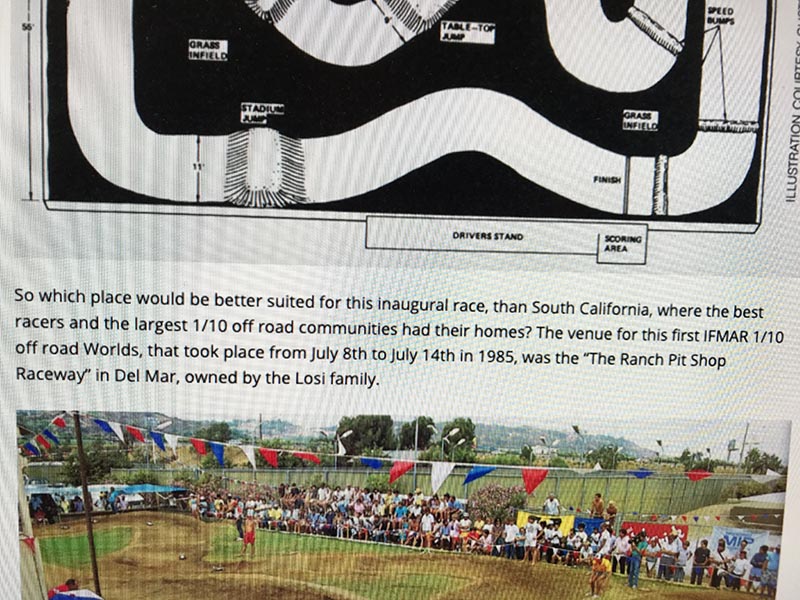